This is some of the best news I could have ever asked for! Earlier this year I came acorss an exciting project called Distant Vision. It is described as “live cinema” – an experiment combining live performance and traditional film making which could be viewed in a theatre or on television. After auditions, call backs and interviews I am excited to say I will have the pleasure of working with a true idol of mind, Francis Ford Coppola. Filming begins later this year and so exci

I am so excited to announce that my short film, Couple Confine, has been nominated for best short at The Cardiff Mini Film Festival and The Camarthen Bay Film Festival! A huge thank you to the team and director, Rebecca Hardy and fellow actress Kacie Rogers. 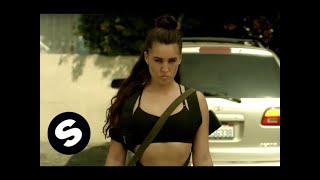 Previously this year I had the pleasure of working with the talented director David N. Donihue on Blasterjaxx and Breathe Carolina's latest music video, Soldier. This is a single released by Spinnin Records and has an important message to the world on the current issue of sex trafficking. It's a heroic video combined with real truth. It's already hit over 2 million views and I have added a behind the scenes clip of my stunt work.

I am so excited to announce that I will be playing the role of 'The Chameleon' later this year. It is a story of a struggling actor fighting within himself, about giving up on his art. This is a short film aimed at the festival circuit, written by Alexander Hanno and prodcued by Stephanie Phoutrides. Filming starts in June, so stay tuned!

Now You Can Blog from Everywhere!

I present to you the official Elephants poster!

Now a member of the BAFTA Development Academy!

The Launch of 'The Chameleon Effect'

Pleased to add British agency to the team!